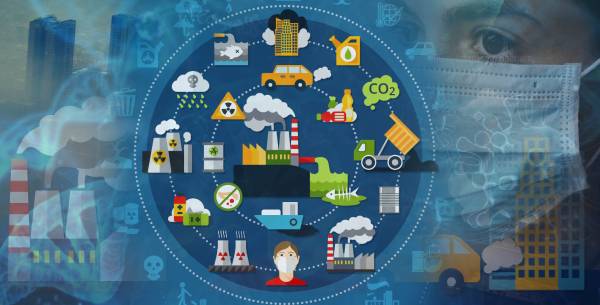 The coronavirus, which is spreading throughout the world, is harmful, but a new investigation has revealed that it is doing well for the world. Based on reports released by NASA and the European Space Agency. Air pollution levels on Earth have been abnormally low since the coronavirus spread, according to data released by NASA. China’s air pollution level has become unbelievably low. With the spread of the virus, the closure of cities and factories has led to a reduction in air pollution. Researchers confirm that the absence of hundreds of thousands of automobiles, and the reduction of aircraft and ship traffic, have created a favourable environment for nature.

In the meantime, the corona virus is the most affected by global warming. Researchers say that China, US, Europe, Australia and Brazil are the worst affected by the global environmental damage. Researchers say this is further confirmed by the rapid decline in air pollution levels in Italy. Satellite images of the world taken three months ago show serious air pollution, but are now disappearing due to the spread of the corona virus. Researchers point out that this risk and nature are being purified today, even if they are harmful to humans. With the expansion of Corona, many major cities in the world have been shut down and human activities have been hampered. Factories such as heavy smoke, car-toxic gases and environmental damage from ships have also been reduced. Global warming will continue to fall significantly, the researchers say. With the spread of this virus, wildlife sales worldwide have dropped by 99% to kill wildlife around the world. Wuhan, the site of the outbreak of the virus, is currently undergoing a special transformation. According to reports, the cherry blossoms are invading Wuhan, unprecedented. Accordingly, the virus can be named as an opportunity to protect nature by punishing the man who defies nature.